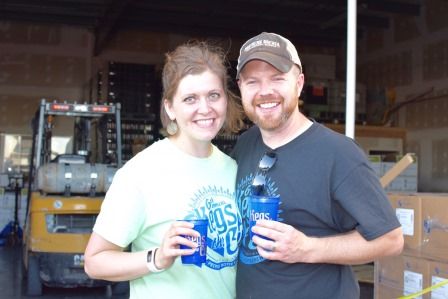 Gordon started brewing beer in late 2005. Influenced by regular tours at a local brewery and a deep DIY mentality, Gordon conducted some research online, talked with fellow homebrewers and got to it. From basic brown ales and lagers to a slightly more complex pumpkin porter and a holiday cherry ale aged on Nebraska cherries, Gordon attempts beers of all styles. He finds almost as much joy in making the beer as he does sharing it with family and friends. From empty kegs to family comments like "not sure if I like that one", the brewing goes on!

Amid a few pints or by absent donation, event supporters rally together and raise funds to fight cancer. Gordon is passionate about the simplicity of the event and the organic nature of its fundraising.